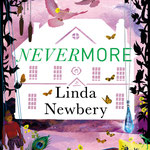 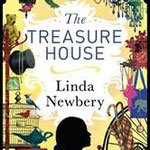 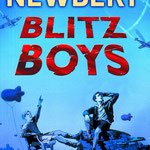 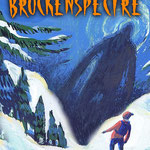 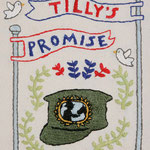 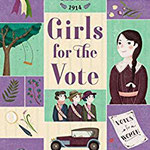 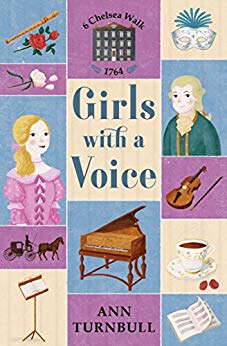 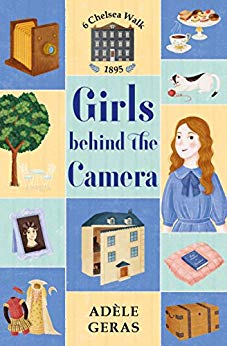 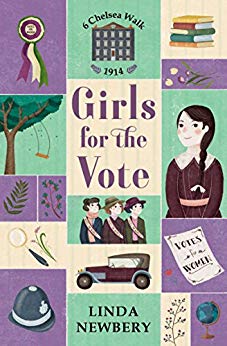 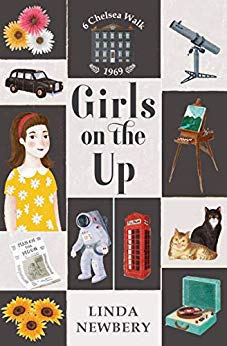 "The six stories of 6 Chelsea Walk form a unique series about the girls who live in the same London house at various periods.  There are six novels, two each by acclaimed authors Adele Geras, Ann Turnbull and Linda Newbery. Formerly titled Historical House, they can be read alone, or in sequence to give a sense of changing times and the ambitions and expectations of girls and women.  The six stories move from eighteenth-century musical elegance, through the Crimean War, Votes for Women and Blitz, to the heady excitement of the swinging sixties and man on the moon."

Three of the stories are out now, published by Usborne. In order, they are:

Girls with a Voice, by Ann Turnbull

Girls with Courage, by Adele Geras

Girls behind the Camera, by Adele Geras

Girls for the Vote, by Linda Newbery

Girls at War, by Ann Turnbull

Girls on the Up, by Linda Newbery

“Dramatic stories with a real sense of atmosphere.” Guardian

Nominated for the Carnegie Medal 2016

Tomas wants to be like his father – strong, brave and fearless. Pappi is a mountain guide, often away from home. He has taught Tomas to love the mountains, but also to fear their dangers – the winds and blizzards, the treacherous paths, the giddying slopes.

Above all, Tomas fears the Brockenspectre – a huge, shadowy creature that lives alone in the heights, waiting for unwary climbers. Its looming figure haunts his thoughts and his dreams.

When Pappi goes out one day and fails to return, Tomas knows it’s up to him to search – up on the high mountain passes, where dangers await.

Will Tomas find his father . . . or will the Brockenspectre find him?

"Readers, young and old alike, will take Tomas to their hearts and be eager to discover how his journey ends."  We Love This Book

"It has the traditional feel of a fable but underlying it is Newbery's trademark honesty and compassion. As I write this review, we're in the run-up to Christmas and I can't think of a better choice for a gift for a child." Jill Murphy, The Bookbag

"Newbery’s prose has a lyrical style reminiscent of old fables as Tomas’s quest turns out to be about discovering more than his father. With delightful illustrations by Pam Smy this is a charming and life-affirming novel." The Scotsman

" ...a slim, beautiful piece of writing ... With a timeless quality enhanced by Pam Smy’s illustrations, it’s a haunting but ultimately warm-hearted story." The Independent

For more of Pam Smy's work, see her website.

Life in this village was always the same, year after year. In fact, I'd often thought it was too much the same, and wished for a bit more change. But now ...

When war breaks out, Tilly Peacock and her sweetheart Harry are keen to do their bit - Tilly as a nurse and Harry as a soldier.  But as the conflict shows no sign of ending, even Tilly's younger brother Georgie is called up to fight. Tilly is anxious about Georgie, who doesn't understand that war isn't just playing with guns and needs his family for support. Harry makes Tilly a promise to look after Georgie, but both Harry and Tilly are about to find out that promises can be hard to keep ...

" A moving story about a young woman who joins the war effort as a nurse at the outbreak of the First World War. This is a fine addition to Barrington Stoke's excellent list.'

"To realistically portray all the horror of war, while still showing the enemy as human is difficult in a full length novel ... try to condense that into 96 pages in a large double spaced font and you are nearly asking the impossible. But Linda Newbery has pulled it off perfectly. This book is brutally realistic, painful to read at times, but beautifully written."

This striking cover has been made by artist Stewart Easton, in imitation of the embroidered postcards which were popular duirng the First World War. Read more here:

The Edinburgh-based publishers Barrington Stoke are specialists in dyslexia-friendly books for children and teenagers.

Tilly's Promise is suitable for readers of about 11 and above, but has a younger "reading age".

With German planes blitzing London, the wreckage can be an exciting place to play after the fear of the night has died down. Exploring a bombed house, a lonely London boy makes a friend whose father is an RAF pilot – much more exciting than his own air-raid warden dad. But it takes genuine danger to make him realise the difference between the heroism of fantasy and what people do when their courage is needed for real …

“A moving story about larger issues such as the true nature of bravery.”  Carousel

"Linda Newbery's satisfying, layered and richly-imagined novels for primary into secondary ages continue with The Treasure House ...."   The School Librarian

Nina’s mother has disappeared – just before Nina starts at her new secondary school. Mum has left a message to say she’ll be back, but neither Nina nor Dad knows where she’s gone, or why.  When Nina’s dad goes off to look for her (how?  where?) Nina stays with her two great-aunts, who run a charity shop. Soon, precious belongings of Mum’s turn up in the shop, things Mum would never choose to part with. What’s going on? Nina is determined to find out, helped by her friend Max – on the way getting involved with monasteries, llamas, a Chinese chess-set and a green crocodile. As more clues turn up, there are more secrets to unravel. Will Nina ever solve the mystery of Mum – and when she finds out the truth, will she wish she hadn’t?

"Linda Newbery vividly creates the atmosphere of a delightfully shabby second hand shop full of intriguing treasures and idiosyncratic customers, in this charming story. Exploring friendships and relationships of many different kinds, The Treaure House is an evocative and beautifully written tale of a young girl beginning to discover her own identity." Booktrust

"That's because it is. Always waiting. You'll see.”

Tizzie is lonely when she and her mum move to Roven Mere, a mysterious, rambling mansion deep in the countryside. She’s eager to meet Lord Rupert and his daughter, Greta, but no one knows when they’ll come home. The house seems like a museum and, as Tizzie explores the rooms, the gardens and grounds, she makes a startling discovery about why she’s been brought to Roven Mere …

“Has the air of a classic, the sort of literary pedigree that makes it a classy read.” Mary Hoffman, Guardian

“Unusual riddle of a story … it’s like a dream, a strange glimpse of a lost time … charming and warm.” Books for Keeps

At the Firefly Gate

When Henry and his parents move to the countryside, Henry worries that he won’t make friends … until he meets elderly Dottie. She tells him war stories from her younger days, and Henry is fascinated. But mysteries from the past are spilling into the present …

Who is the shadowy figure waiting at the orchard gate? Why do so many planes fly over by night, and why is Henry the only person who hears them?

“A haunting, well-written tale that makes compelling reading.” The Bookseller

When Hal looks in the mirror, he feels that half of himself is missing. He has never known his father, and knows just two things about him: that he's black, and that he once gave Hal's mother a bag of marbles. Deep in trouble at school and at home, Hal is sent to Ryton-on-Sea, to stay with a great-aunt he hardly knows. Suddenly, his father seems to be everywhere - in conversations he overhears, in the sand figures he makes on the beach; even, it seems, in the flesh. But is his dad really any more substantial than the Sandfather, blurred and dissolved by the incoming tide?


"Newbery conveys the teenage angst of not belonging with perception and sensitivity, and the story ends on a satisfying high note." Daily Mail

It's a time of change for everyone in Josh's family - a relatively new stepdad and a brand new baby sister. For Josh's younger brother Jamie, the family upheaval is deeply disturbing: he refuses to speak, and after a vivid, frightening dream develops an obsession with wild cats. With his parents so preoccupied, it's up to Josh to be the peacemaker, the healer - and to unravel and find a cure for his brother's strange behaviour ...

- Shortlisted, Calderdale Book of the Year

“An engaging story that blends reality and the supernatural to compelling effect.”   The Scotsman

“This beautifully told story is haunting and memorable.”  The Independent