Books of the Year!

Although some of these titles were published this year, others are older - these are my top choices from the books I've read in 2021.

Several of these have featured on Writers Review, so I've provided links to more detailed reviews there. Follow us for a great new reading recommendation every Monday, all by authors or independent booksellers.

Three of these were Reading Group choices: one my own (The Underground Railroad); two, which I was glad to read, by other members of the group.

So here they are. Jessie Greengrass's The High House imagines what happens if the support systems we rely on are suddenly eliminated by climate catastrophe. This isn't science fiction - it's all too believable. It's currently shortlisted for the Costa Novel prize, to be awarded next month. (Read my full review here.)

Rachel Joyce's Miss Benson's Beetle  is the story of two unlikely female companions who travel to a remote island in search of a golden beetle - told with all Rachel Joyce's customary warmth, insight and affection. (Read my full review here.)

Francis Spufford's Light Perpetual was longlisted for the Booker, and I was disappointed it wasn't shortlisted. It begins with the deaths of five children in a wartime bombing, then imagines their lives as they might have been lived. Virtuoso writing makes this a dazzling read.

I admired the Booker winner just as much - The Promise by Damon Galgut. It's structured around four funerals (no wedding) of members of a wealthy family in South Africa. As in Francis Spufford's book, we leap forward by decades, marking changes in government, leadership and the end of apartheid. A unique narrative stance adds humour and playfulness to what would otherwise be a bleak narrative.

In The Underground Railroad, Colson Whitehead imagines that the metaphorical escape route for slaves in the southern states to reach freedom in the north is an actual railway (given steampunk treatment in the TV dramatisation). This gives momentum and great originality to a harrowing story of suffering, bravery and determination.

Finally, another Booker winner: Bernardine Evaristo's Girl, Woman, Other, which with great energy follows the lives of twelve women and girls, all but one of them black, giving insights into attitudes, opportunities and changing perceptions. It's written as a kind of prose poem that tumbles down the page - this is surprisingly easy to get used to, and feels absolutely right for the distinctive voices Evaristo conjures. (Read Celia Rees' piece on Writers Review here.)

Matt Haig's The Midnight Library makes intriguing use of its premise - that our lives could branch off in various directions and that it's possible to follow any of those shoots, as Nora discovers when suicidal. With a nod to It's a Wonderful Life, it's a perfect read for this time of year, when we're all likely to be thinking of what has and hasn't happened and how things could have worked out differently. (Read Julia Jarman's review here.)

Finally: my friend and co-host of Writers Review, Adele Geras, has written Dangerous Women under the pseudonym Hope Adams. It's the story of a voyage of convict women, a murder mystery, and also a tale of possible new beginnings - all stitched together in a beautiful quilt made collectively by the women. (Read a Q&A with Adele / Hope Adams here.) 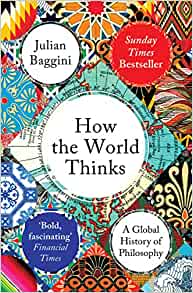 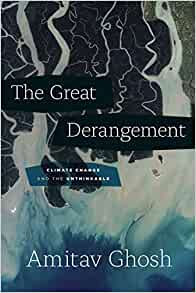 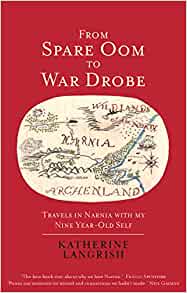 I listened to the audio version of How the World Thinks, read very engagingly by Julian Baggini himself. I shall certainly have to listen or read again - there is so much to take in, in this great global overview of philosophy, tradition and belief.

In The Great Derangement, published in 2016, Amitav Ghosh wonders why climate change features so rarely in fiction - or, when it does, it's sidelined into the genre categories of scifi or fantasy. This is of course changing (see The High House above, but still it's a fascinating exploration of how we blinker ourselves to warnings of catastrophe. (Read Jane Rogers' review here.)

No one knows and loves C S Lewis's Narnia stories better than Katherine Langrish. In From Spare Oom to War Drobe she revisits the stories with her nine-year-old self, combining the rapture she felt as a child with the immense knowledge she has since acquired of fairy and folk tales. Critical where needed, but also defending Lewis against charges of misogyny, she will I'm sure send many adult readers back to Narnia to rediscover the delights of our first encounters and consider them afresh. (See Lesli Wilson's piece on Writers Review here.) 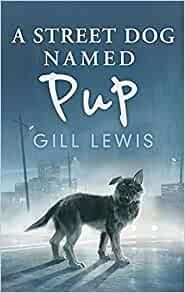 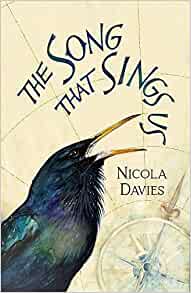 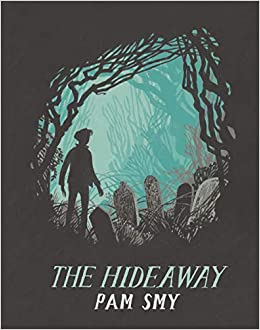 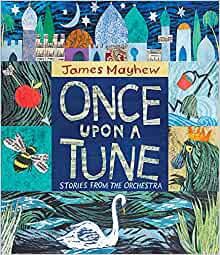 I read several of Gill Lewis's books before interviewing her for the blog (see below) and would highly recommend all of them. This, her latest, has been described as a modern Black Beauty for dogs. We accompany Pup as he adapts to life as a street dog. On the way, without being at all heavy-handed, Gill Lewis focuses on various welfare issues: puppy-farming, abandoning of pets and the horrible cruelty of dog-fighting among them.

The Song that Sings Us by Nicola Davies is a highly-charged adventure story with a deep love of the natural world at its heart. Ruthless Automators seek to control nature for power and profit, opposed by Listeners who are in tune with living creatures, and by a Gaia-like network of support. It's written with the knowledge of a zoologist combined with the eye and ear of a poet. My full review is below.

Author and illustrator Pam Smy has a unique combination of talents, used to the full in The Hideaway, where text and image combine to tell a compelling, haunting tale. Billy seeks refuge in a graveyard, running from domestic abuse; the story is also his mother's, and her need for help. It's traditional in feel but sharply relevant too.

Finally, James Mayhew's Once Upon a Tune is quite irresistible  It tells the stories of William Tell, the Swan of Tuonela, The Sorceror's Apprentice and others, with richly detailed illustrations collaged from fragments of musical scores and patterned papers. Colours, textures and shapes give each story its individual feel. Beautifully produced, it's a gorgeous book that must have been under many Christmas trees this week.