Fly me to the Moon 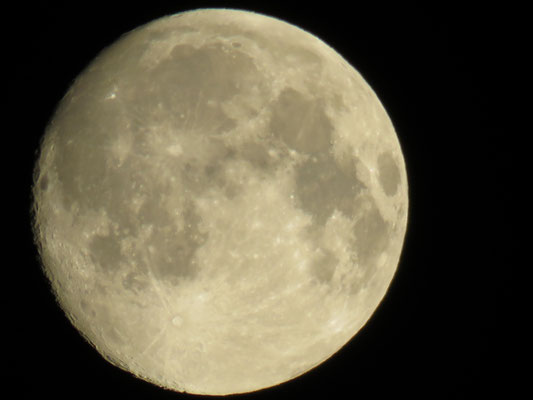 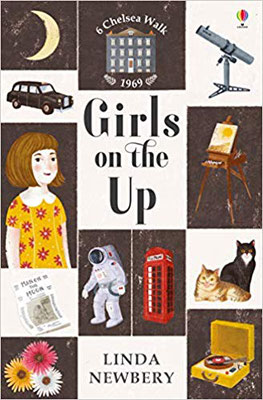 It’s been a pleasure to revisit this story, as we approach the 50th anniversary of the first moon landing and relive the excitement of those days. Girls on the Up, first published as Andie's Moon, is set in the exhilarating summer of 1969, when Andie’s family comes to Chelsea to flat-sit and cat-sit for her father’s boss. They’re staying just a few minutes away from the King’s Road – which, to Andie’s fashion-mad sister, Prune, epitomises the heart of Swinging London and her dreams of becoming a model. But Andie’s thoughts are on the moon, especially when she meets Ravi and his telescope and learns the joy and wonder of ‘skyhopping’. As I’m old enough to remember those days – like Andie, I was in Hyde Park for the free Rolling Stones concert – it was nostalgic to revisit 1969, the music, clothes, attitudes, expectations and excitement.

Of course we know now that the lunar astronauts would return safely and that others would follow, but then: their chances of a safe return were estimated by Michael Collins to be 50/50. Those are daunting odds!

Oh yes, Michael Collins. Often in schools I show a photograph of the three Apollo 11 astronauts and ask who can name them. Neil Armstrong, someone says. Buzz Aldrin. Then there’s a silence and a pause: or maybe one person can name the third, Michael Collins (in the middle of the photograph above). The reason he’s less well-known is, of course, that he didn’t walk on the moon like the other two. But what he did was just as astonishing and brave – alone in the command module, he orbited the moon. When the module swept round to the far side of the moon, he was out of touch with his colleagues and with mission control. Can you imagine being more alone than that? And his role was crucial to the mission. Just as much as the other two, he deserves to be remembered.

Our view of planet Earth, its atmosphere and ecosystems and what we’re doing to them, has changed drastically since those days – and needs to change. Given the chance to update the Author’s Note for the book, I wrote this:

‘No astronaut has set foot on the moon since 1972, though early this year a Chinese mission landed a spacecraft on the far side: another first. Back in 1969, it was confidently expected that the first exciting steps on the moon would lead to great advances in space travel for humans – but, so far, no habitable base has been set up on the lunar surface. I like to think, though, that during my lifetime we’ll see the first woman on the moon. Who will she be, and where will she come from? She may be a child now, growing up with no idea that she’ll make history.

The Apollo missions produced, almost by accident, a beautiful photograph that’s come to symbolise how precious and fragile our planet is. It’s the photograph called Earthrise, taken by astronaut Bill Anders on Christmas Eve 1968 while orbiting the moon. There’s our planet seen as never before, a small blue traveller in the vast silence of space. In the fifty years since Neil Armstrong set foot on the moon we’ve done serious damage to that vital atmosphere on which all life depends, through pollution and deforestation and by simply failing to realise the dangers of interfering with ecosystems. All this damage has been done in a frighteningly short time, and we know now that we can’t go on ignoring it.

In those years, too, there’s been increasing evidence for the likelihood of life elsewhere in the universe. But I hope we won’t send humans to live on other planets until we’ve learned to respect and care for our own.

Meanwhile, I hope you’ll enjoy visiting 1969 and the heady excitement of those first footsteps on a place beyond Earth.’